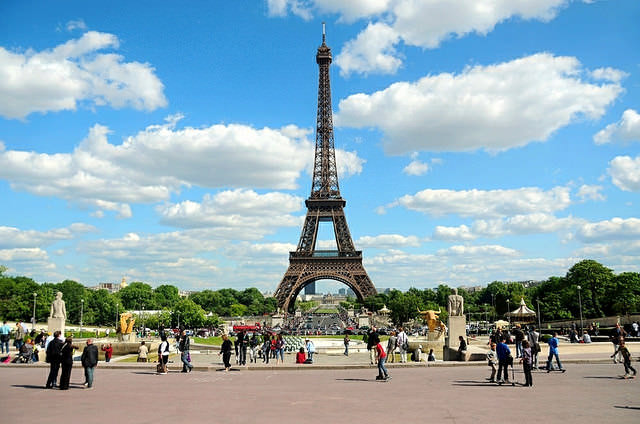 What to do in Paris, one of the most beautiful cities on earth, one that is appreciated on a stroll that yields one stunning vista after another. From the Eiffel Tower to the regal Jardin des Tuileries, to the petite cafés bursting onto the sidewalks. The question yields answers all around you as you walk the streets in the City of Love. Beyond the city’s visual aperitif, the cultural riches of the capital are unsurpassed. The City of Light will always enthrall. Paris has often been at the forefront of many historical moments and is considered the center of the Age of Enlightenment. It has been considered the center of major arts movements and by some to be the birthplace of Impressionism.

Paris is pedestrian friendly with wide, straight boulevards for sightseers to gaze at famous landmarks, such as the Arc de Triomphe and the Eiffel Tower. The Seine River flows through Paris and is almost like an avenue of the city. The Seine is about six city buses wide and numerous bridges cross the Seine where landmarks are sprinkled on either side of it. The Seine is your most important landmark when walking or looking at a map. It’s a helpful way to figure out where you are or where you are trying to go. Many of the most famous tourist sights can either be seen from or are just a few blocks away from the River. Almost everyone who goes to Paris takes a sightseeing boat tour on the Seine.

Of course the most famous landmark in Paris is the Eiffel Tower that attracts thousands of visitors a day. The tower is constructed of three levels which you can reach the first two levels by climbing the stairs or taking the inclining elevator. These levels offer open-air viewing and the third level is fully enclosed, and offers panoramic 360-degree views of Paris and the surrounding countryside.

The Champs Élysées is the most well-known boulevard in Paris and is lined with sidewalk cafes, grand movie houses, travel agencies, and haute-couture fashion houses. You can get there by taking a short walk from the Eiffel Tower or get off the metro at the Champs-Élysées station.

No visit would be complete without a visit to the Catacombs of Paris. The subterranean tunnels and caverns contain the remains of some of Paris’ most famous inhabitants. The Catacombs of Paris are a fascinating diversion from the lively atmosphere above ground.

There is a wide array of museums in Paris, which are a must see including the Louvre, Musée d’Orsay, Rodin Museum, Musée du Mode and Marmatton to name a few.

A trip to Paris has endless opportunities. The city’s rich cultural, culinary, and architectural history is awe-inspiring. Don’t try to see everything in one trip but sample what strikes your taste and mood.