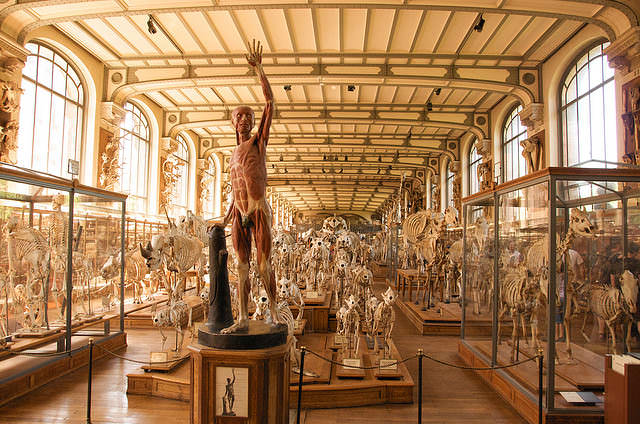 If you are planning a trip to Paris and want to spend some time admiring great artwork and visiting grand monuments, you’ll likely save money and time by purchasing a Paris Museum Pass. The Paris Museum Pass not only allows for free admission to a number of the top-visited attractions in Paris but it also allows you to skip the long entrance lines at many of these attractions.

Which Attractions are Included in the Paris Museum Pass?

Currently, free admission to approximately 60 museums, monuments, palaces, castles, and other sites is granted to pass holders. These include some of the most popular Parisian attractions such as the Louvre, Arc de Triomphe, Musée Rodin, Musée d’Orsay, and Sainte-Chapelle as well as popular sites near Paris (Château de Versailles, Château de Fontainebleau). Note that while the pass ensures general admission, the pass may not cover admission to special exhibits, audio guides, or special events.

BUT – there are several major attractions in Paris that are not included with the Paris Museum Pass that you should take into consideration. These include the Eiffel Tower, Opéra Garnier, Grand Palais, the catacombs, Espace Dalí (Salvador Dalí Museum), Jacquemart-André Museum, Luxembourg Museum, Marmotton Museum, Montmartre Museum, elevator at La Défense, treasury at Notre-Dame, and the dome at Sacré Coeur.

All the Paris Museum Passes cover the same attractions and the only decision you need to make concerns the length of your pass. They are currently sold as 2-day, 4-day, or 6-day passes. Passes are activated after your first usage and must be used on consecutive days. So if you purchase a 4-day pass with your first visit on June 5, it will be valid from June 5 through June 8.It is important to note that this is specifically for the Paris Museum Pass. However, there are a number of other similarly named Paris passes, most notably the Paris Pass. These are completely different passes and have different advantages and disadvantages.

How do I Decide if the Paris Museum Pass Will Save Me Money?

You should make a list of all the attractions you want to visit during your time in Paris. Try to come up with a realistic list based on the amount of time you’ll be in Paris as you don’t want to spend your entire trip going from museum to museum. Next, check entrance fee cost for each online or using a recent guidebook. Add up the costs to come up with a total.

Next, you’ll need to decide how many days it will likely take you to visit all the attractions. Remember it can be easy to be too ambitious and think you’ll take in three art museums and two churches in one day, but that will leave you exhausted and overwhelmed.

Compare the price of the needed pass (2, 4, or 6 day) with your entrance fee total. Current prices as of this writing are €42 for a 2-day pass, €56 for a 4-day pass, and €69 for a 6-day pass. Typically, you’ll find that you’ll save money if you plan to visit more than four or five attractions with the pass.

How to Buy the Paris Museum Pass?

In Person: You can buy the Paris Museum Pass at a number of locations, including at many of the museums and monuments that accept the pass, FNAC stores, several visitors centers in Paris, tourist information desks at both Orly and Charles de Gaulle airports. You can see the full list of vendors on the Paris Museum Pass website. Purchase the passes at a place where you won’t have to stand in line for long such as a visitors center, FNAC store, smaller museum, or airport information desk. If you try to get them at a place like the Louvre, you’ll likely end up waiting in line.

Online: You can purchase the Paris Museum Pass online from either FNAC or Paris Tourist Office and have them delivered before your trip or have them delivered to your hotel in Paris. You will have to pay shipping costs that will likely decrease the cost savings of the pass.

Get the Most Out of Your Paris Museum Pass

Plan ahead by doing research and figure out what attractions are included with the pass and which ones you plan to visit. Remember that once you first use the pass, the time begins and it is only good for the next 2, 4, or 6 consecutive days. If you get to a museum and are not sure if you are in the correct line for pass holders, ask a security guard or museum personnel.

Note that the pass often is not a good value for children as they often get reduced entrance fees anyway and some sites grant free admission to children if their parents have a Paris Museum Pass. So if you are traveling with children, check out the prices before buying a pass for the kids.

Most attractions in Paris shut down for at least one day per week. Smaller attractions may have limited hours and may only be open a few days each week. Attractions may be closed or partially closed for long periods of time for restoration work. If you have a 2-day pass and plan to see 5 attractions, plan to check ahead to make sure those attractions will be open and how you can best use your Pass days.

At most attractions you will indeed get to be in a shorter priority line; however, some places with tighter security still require that you wait in the same security line as everyone else. These include the Notre-Dame tower (ticketing and security line the same), Sainte-Chapelle (only priority access for ticketing, not security line), and Versailles (can skip ticketing line but must wait in same security line). For these three busy attractions it is suggested to get there around opening to avoid a long wait.