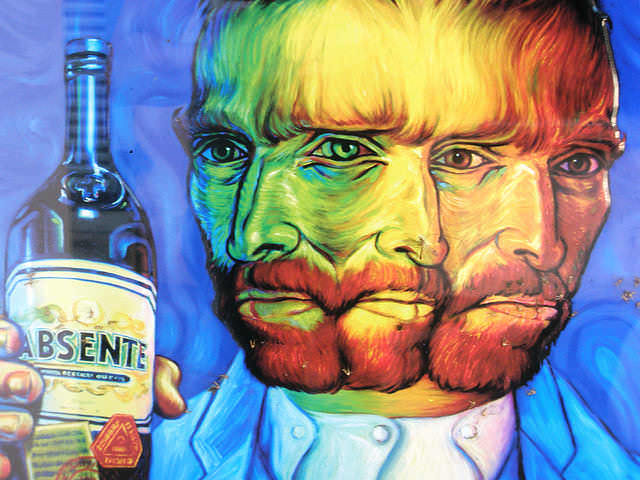 During World War One France banned absinthe claiming it drove drinkers insane. However 100 years later with the ban lifted and its reputation restored, the French are once again falling under its seductive spell.

It’s the drink that drove a generation of artists, from Van Gogh to Oscar Wilde and Verlaine, to distraction. Absinthe was their muse, their creative rocket fuel, but the “fee verte” (green fairy), was also their ruin. That was the theory, at least, when France banned the green-tinted liquor during World War 1.

A century later, absinthe’s reputation has been restored, and drinkers are once again coming under its seductive spell. Since France lifted the ban on selling and drinking absinthe in 1988, producers have been hard at work to help the spirit shed its dark and inaccurate image. The misconceptions about the legendary beverage, which still inspire suspicion and fear in many drinkers, are tenacious.

“Absinthe remains the forbidden drink that drives people crazy there will always be that mysterious aura around it,” said Fabrice Herard, organizer of the Absinthiades events that showcase the liquor in Pontarlier, its French home near border with Switzerland. Switzerland is where the drink, which is made from artemisia absinthium, commonly known as wormwood, and anise, originated in the 18th century.

It was in late 19th century Belle Époque Paris that absinthe had its heyday, becoming the highly desired refreshment of Vincent Van Gogh and Henri de Toulouse-Lautrec among others, including poets Charles Baudelaire and Paul Verlaine. But the ravaging mental effects it had on many addicted drinkers led France to prohibit the alcohol in 1915. Authorities explained the prohibition with evidence linking the thujone chemical in absinthe to the insanity suffered by many of its consumers, who were said to be the most hopeless and unruly alcoholics.

The banning of the spirit in France and several other countries caused economic calamity in Pontarlier. In the 1900s, Pontarlier had 23 distilleries, which produced 10 million liters of absinthe for domestic and export markets and employed 3,000 people.

It took over 70 years for the authorities to review their verdict on absinthe and eventually lifted the prohibition in 1988 with several stipulations. The drink could not be called absinthe. It had to be marketed as “a spirit made from extracts of the absinthe plant”. And its thujone level could not exceed 35 milligrams per liter. The first products matching those specifications began appearing in France in 1999. Use of the absinthe name was eventually allowed again in 2011.

France now has around 15 distilleries producing 800,000 liters each year, according to the French Federation of Spirits Makers.

The ritual involved in serving the drink is an integral part of its appeal. Drops of water are slowly poured over a cube of sugar suspended in the mouth of the glass, and drip down into the increasingly cloudy pool of liquor in the bottom.

It is suspected some of the spirit’s popularity stems from its once taboo status, which attracts and fascinates people of all social levels and backgrounds just as it did 100 years ago.

A controversial reform aimed at unblocking France's declining economy face a crucial vote in the parliament on Tuesday. It is...