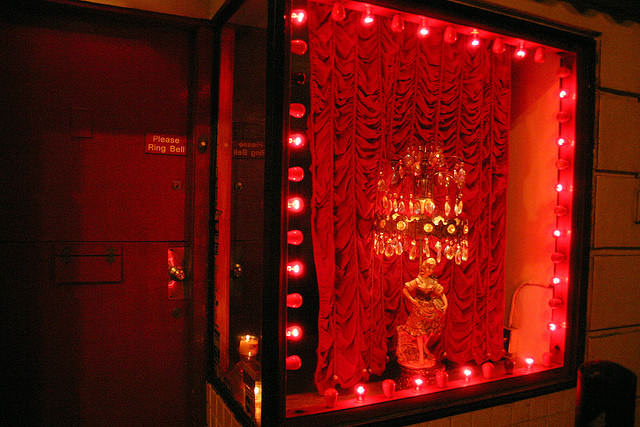 There are nearly 500 swingers clubs in France but what exactly happens inside? With the DSK pimping trial turning heads worldwide, here’s a closer look at an age-old habit that’s becoming trendy among French people from all walks of life.

With the DSK pimping trial, the release of Fifty Shades of Grey, and most recently Valentine’s Day, sex is on the agenda in France, for many, there’s no agenda needed to slip through a purple tinted door for a night of sexual titillation at a libertine nightclub in the French capital.

People from all walks of life visit these clubs that appear to be a normal nightclub with a large bar area and a mirrored dancefloor. Upon closer look reveals that alongside buckets full of champagne and peanuts on the bar, are glass jars stuffed with condoms.

There are nearly 500 libertines, or swingers clubs, across France a sexual lifestyle that has come under the spotlight in the trial of former International Monetary Fund boss Dominique Strauss-Kahn.

Where are the crème-de-la-crème hotspots when it comes to Parisian couples seeking their sexual thrills? Where exactly are these nightclubs hidden?

Les Chandelles Les Chandelles boasts a “captivating trip to the heart of sensuality” and offers “the subtle magic of eroticism”. Located in the first arrondissement in the heart of the city, this is a couple’s only swingers club, except for Monday nights and during the afternoons.

Cost: Prices go as high as €290 for a night at this club, which includes a candlelit dinner with wine.

Club Libertin 2Plus2 This club boasts it is the first swinger’s club in Paris since 1972. Its 400 square meters of pleasure and offers “the five S’s”: Sensuality, Seduction, Simplicity, Safety, and Savoir-Faire

Cost: Couples are €85 with a champagne bottle and access to a buffet

Taken Club If you’re in Paris, you can’t get a better location for a night of good old swinging than at Taken Club. Located on the Île Saint-Louis, the island in the middle of the River Seine and just a stone’s throw from the Notre Dame Cathedral.

L’Overside L’Overside in the sixth arrondissement offers 250 square meters dedicated to pleasure. It offers eight “cuddle areas” that organizers promise “will surprise you with a unique atmosphere to realize your sexual fantasies”. In fact, they don’t just suggest you visit they dare you to try it.

Le Mask This club promises everything from a feeling of being at home to the intimacy of its naughty corners and playful alcoves. Le Mask welcomes both couples and singles, and offers everything from laughter and party spirit to an illicit naughty afternoon.

Cost: Up to €150 for a couple in the VIP area (including champagne)

Le Pluriel Club Sex can be about all the senses… even the sense of hearing. And Le Pluriel knows it. In fact, the club writes that in its basement, there is a “superb bathroom and intimate corners where the light and sound levels are especially designed to accommodate your finest pleasures.” Indeed.

Rituel Foch The 16th arrondissement and one of Paris’s most glamorous, is home to the Rituel Foch, a chic club where you are bound to meet people with countless exceptional stories and where the magic of libertinism and its secrets are best kept.

Cost: €80 for a couple with two drinks included

Quai 17 This club is a definite hotspot in the city. They boast that there is a round bed and a glory hole for the most daring couples.

Cost: €160 for couples including champagne

During World War One France banned absinthe claiming it drove drinkers insane. However 100 years later with the ban lifted...