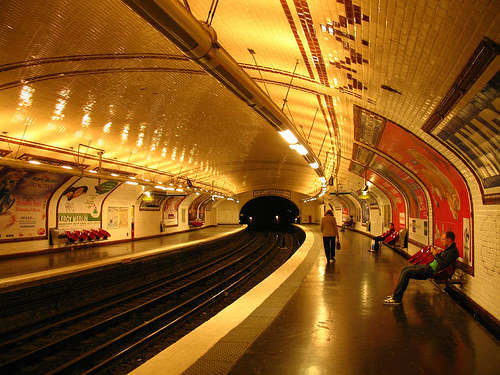 A recent video surfaced showing a group of UK national Chelsea soccer fans pushing a black man off a metro car in Paris preventing him from gaining access to transportation. Sources say they chanted “We’re racist, we’re racist, and that’s the way we like it.” The Chelsea soccer club responded in a quick fashion stating the act was “abhorrent.” Additionally FIFA and UEFA have been notified and neither organization condones such behavior.

“We will support any criminal action against those involved, and should evidence point to involvement of Chelsea season-ticket holders or members the club will take the strongest possible action against them, including banning orders,” the club went on.

The nation is in a time of sensitivity due to religious and racial actions of recent. This type of behavior adds more fuel to the fire and intensifies raw feelings.

The victim, identified as 33 year old Souleymane, had never encountered acts of racism in the time he has lived in Paris.

Police have made no arrests, however an ongoing investigation is still in process to find the people responsible.