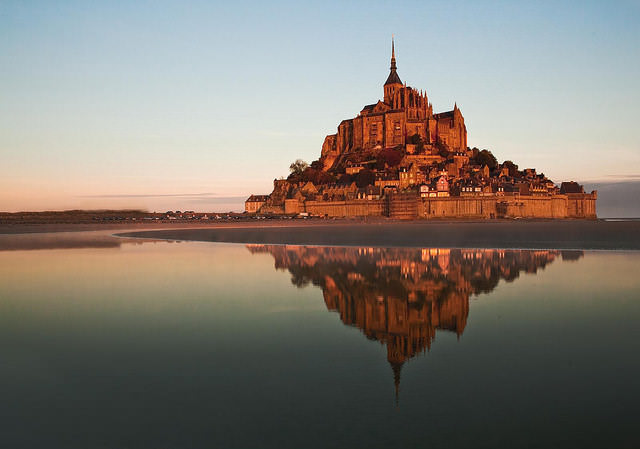 The high tide is anticipated to strike on March 21st and many locations on the French coast will see high sea levels. French authorities are taking the threat seriously due to severe erosion to parts of the coastline as well as cause coastal flooding.

At the infamous island of Mont Saint-Michel, marked by differences in the levels of low and high tides, waters will rise by about 14.50 meters (equivalent to a four story building), compared to low tide.

Communities up and down the coast have been stocking up on sand bags and on the Island of Oléron, they are utilizing large inflatable barrier. The risk of coastal flooding is heightened by a low-pressure weather system expected to move in from across the Atlantic, which is accompanied by a rise in water levels.

France’s marine service has advised residence and visitors not to venture too far because the quickly rising tides cause a threat and can sweep a person out to sea quickly. France will see how high the seas will be this weekend when another high tide is expected.

Authorities in France have grown concerned about coastal flooding. As recently as February last year areas of pristine coastline were washed away in storms on the Atlantic coast.

It was suggested thousands of people took advantage to converge on observation spots along the Atlantic coast shortly after 9:00 am when the tides were to reach their high marks. Aiding the tourism of the area, many tourists have flooded to the coast of Brittany and the beautiful Mont Saint-Michel to witness a month of exceptionally large spring tides.

While no flooding has been reported yet, many towns along the coast have been stocking up on sand bags in preparation for monumental storm waves.

Paris – Airbnb’s top home-sharing dest...
How to Get Around Paris Via Public Transportation
The spell of ‘green fairy’…the forbidd...
How France compares in the global wine industry
Comments: 0

Interior Minister Bernard Cazeneuve toured the Silicon Valley in order to gain support for the fight against online terrorist propaganda....