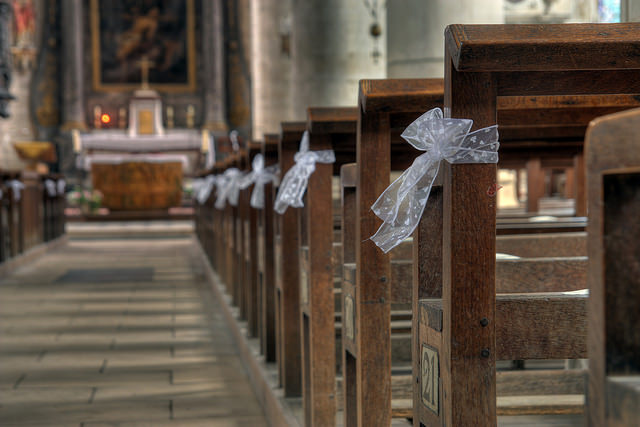 Catholic groups took legal action and a moral stand against an extramarital dating website in culture that has been to turn a blind eye to extramarital affairs. French Catholic groups are suing the Gleeden website for encouraging people to break their marriage vows.

The Catholic family associations successfully persuaded several local councils around Paris to demand the removal of advertisings that promoted the joys of adultery after 23,000 people signed a petition for their removal. They are now taking Gleeden to court in France, where the site touts more than a million members.

Adultery has not been illegal in France since 1975, although it still constitutes grounds for a fault divorce.

But Catholic groups argue that advertising a website promoting extramarital affairs amounts to public acceptance and promotion of dishonorable behavior in a committed relationship.

The Catholic Church feels that modern society has entered into a time in which nothing is taken seriously including bonds of matrimony in addition to same sex relationships and marriages.

Best bistro’s in Paris
France is not like the U.S. in regards to spying
Anti-austerity protests sweep through France
French employers win right to read workers’ ...
Comments: 0

Père-Lachaise Cemetery is located on the northeast side of Paris. Occupying approximately 110 acres among a forest of trees and...