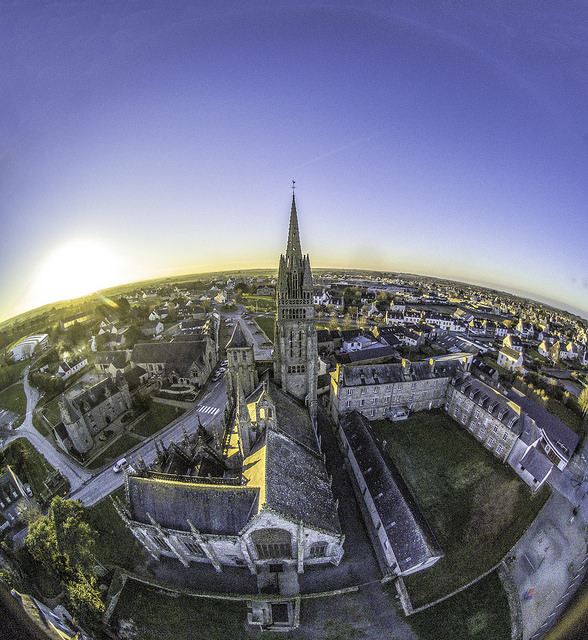 Sources in Paris reported that at least five drones were spotted in the skies above Paris in the early hours on Tuesday.

Although nothing sinister happened the flights no doubt troubled security officers who are in charge of protecting the French capital that is on edge after January’s terror attacks. Locations, including the Eiffel Tower, the Montparnasse tower and the US embassy, appear to have been chosen specifically to cause alarm among already twitchy security officers. With these events coming just weeks after the terrorist shootings rocked the city, police will be taking any kind of security threat seriously.

It is speculated that the drones were not ones flown by amateurs to take films but rather by pros. Sources felt this action was a way to ridicule the state and show how the local authorities are not capable of protecting the population.

Last year drones were spotted flying over key nuclear plants in France. At that time the finger of blame was pointed at environmental group Greenpeace, who have carried out regular protests to highlight a weakness in security at the country’s power stations. It is speculated a more extremist group, with possible links to Greenpeace, is more likely to be behind the drone stunts. Experts believe the drones are harmless enough, but that won’t be the case in the future and it should be a wake-up call for authorities.

Currently drones are not capable to carry something like a grenade or a bomb but in the years to come they will be. It is theorized that terrorists currently do not have the training to be able to use them, but that may not be the case in the future. Experts say that the small unmanned craft would not pose a threat if they crashed into a well-protected nuclear facility, whose reactors are built to withstand the impact of mid-sized commercial planes.

Skiers perish in avalanches in Swiss and French Alps

A group of French skiers were hit by the avalanche that struck the Tabor area a day after four Italian...