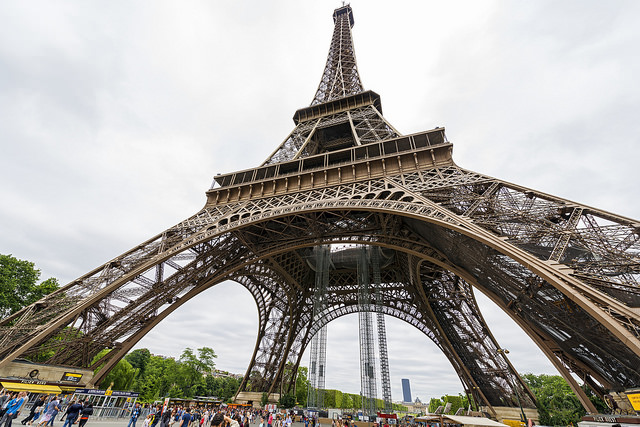 The Eiffel Tower now has wind turbines, solar panels and rainwater containers all in an effort to make the tower environmentally friendly. The quiet and non-obtrusive wind turbines have allowed the tower to become powered by air. The tower has been vertically fitted with two turbines, which is estimated to generate nearly 10,000kWh of power annually.

The installation of the turbines was done in a way in which they are nearly unnoticeable and painted the same color as the tower so that they blend with the architecture. \

Installation of the turbines is one of several projects being under taken on the Eiffel Tower. In addition to adding the turbines, the first floor of the tower had a glass floor installed so visitors could view the breath taking height from a new angle. Other projects include utilizing LED lighting, solar panels and rainwater containers, which will be used in restrooms for toilet bowl water.

Supporters of the renovations are very excited to see technology being implemented at the tower as well as making a move towards the use of renewable energy.

Photo by Tambako The Jaguar//Flickr

What happened to Paris’ glorious bridges?
French truffle farmer on trial for murder
France is not like the U.S. in regards to spying
Eiffel Tower in Paris
Comments: 0