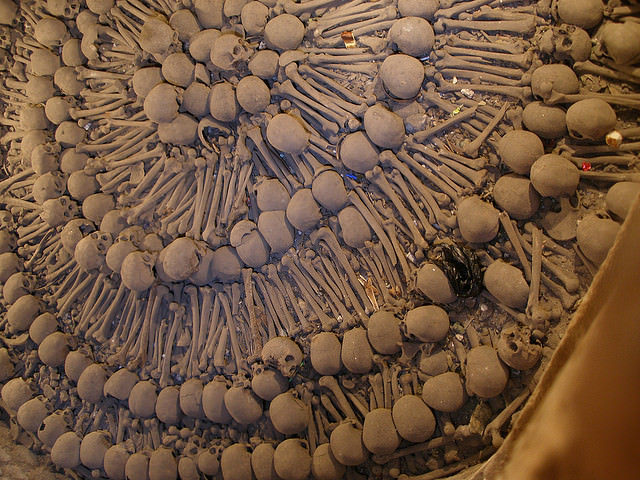 Some 200 bodies were discovered by archeologists who are thought to have perished from the plague some 100 years ago.

The location of the supermarket used to be a cemetery for a hospital from the 12th to 17th century. While many bodies were moved in the 18th century to the Paris catacombs this mass grave seems to have been overlooked.

Archeologists intend to conduct DNA tests to verify if the remains are from the epidemic of the plague. It was reported that eight graves were discovered, seven of them contain up to twenty people and the eighth holds more than 150 people, buried in several layers.

The bodies seem to have been buried at the same time, suggesting they might have been victims of the plague which decimated Paris in 14th -16th centuries.

The Eiffel Tower now has wind turbines, solar panels and rainwater containers all in an effort to make the tower...