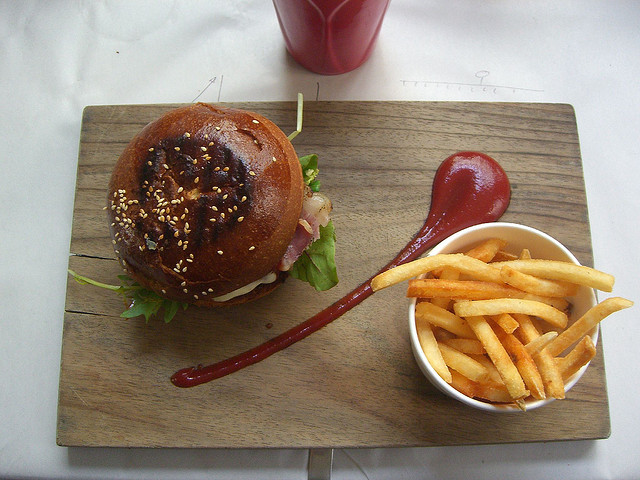 The ham and butter on baguette has been a staple of the French diet for centuries but may be fast losing ground in the fast food market to the burger.

It is estimated 1.28 billion ham and butter sandwiches were consumed just last year. However the burger is catching up, with approximately 1.07 billion eaten last year, with a 10 percent rise compared to 2013.

If trends continue, it may soon be the most popular sandwich in France, as consumption of the jambon beurre only increased three percent so far in 2015.

US fast food giant McDonald’s has had a significant success in France and Burger King has begun to open a few restaurants in Paris.

With low inflation in France currently, the price of the ham sandwich is relatively stable only rising by 1.05 percent to an average of $3.02.

But watch out burgers, the French are also gobblers of pizza, with approximately 809 million consumed last year.

A Facebook user posted a picture of L'Origine du Monde, an 1866 painting by Gustave Courbet that is displayed in...