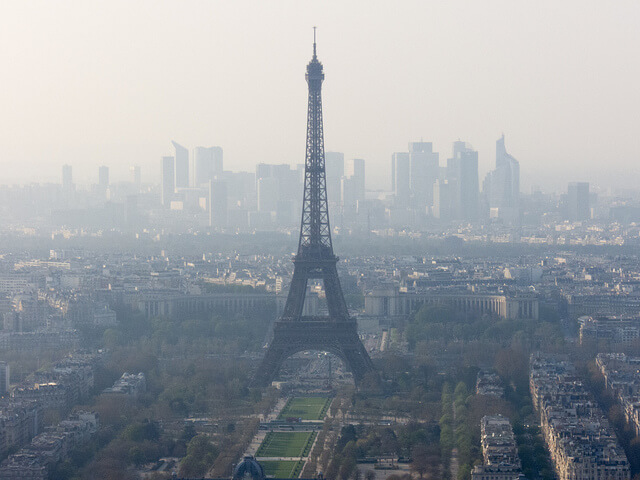 On Wednesday, much of northern France was affected by a spike in pollution which resulted in the Eiffel Tower disappearing behind a veil of brown smog, making it not an optimal selfie day for tourists. Authorities consistently measure pollution and air quality levels in Paris and officials stated Wednesday was a close call for putting the city on alert. Authorities monitor and measure the concentration of particulates with a diameter of less than 10 microns to determine pollution levels.

Paris is known for having issues with pollution to the volume of vehicles and industry caused conditions. If not monitored, these particles can penetrate deep into a person’s blood system and lungs and eventually cause cancer if exposed for an extended amount of time.

In an effort to reduce the toxic particles, authorities have engaged in emergency measures to reduce pollution, such as reducing speed limits cars to 20 kilometers per hour on motorways in the metropolitan area along with the idea of reducing the number of cars that can enter Paris and make public transportation free to reduce the hazardous emissions.