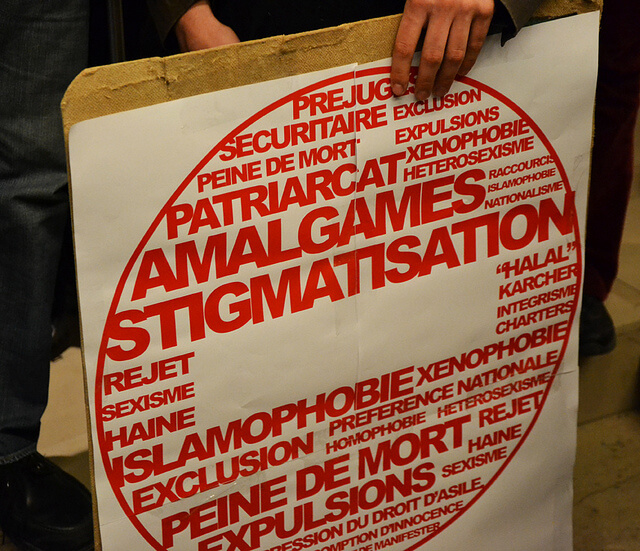 A recent survey shows gay support is rising and some gays say the far-right is more open to minorities than France’s mainstream parties.

Sebastien Chenu, who is a former gay activist, does not appear to be a typical member of France’s far-right National Front who is a party accused of reactionary views with a history of homophobia.

Despite touting traditional family values and opposing same-sex marriage, Chenu stated leader Marine Le Pen is more open to minorities than other mainstream parties. He further stated Le Pen represents an absolute freedom in a political world that is policed and has shaken things up.

However Chenu’s limits of freedom become apparent when discussing Roma migrants and Muslims.

The presence of several gays in Le Pen’s cabinet marks a great change from the time of her father who were known for negative opinions regarding homosexuality.

The attitude shift towards gays is a part of the detoxification campaign launched by Le Pen when she took office in 2011, looking to make the party a more palatable alternative to the mainstream.

It helped push the party to first place in last year’s elections with a quarter of the votes in the first round of last week’s local polls.

The city of Paris is divided into 20 arrondissements, starting from the center of the city and going outwards in...