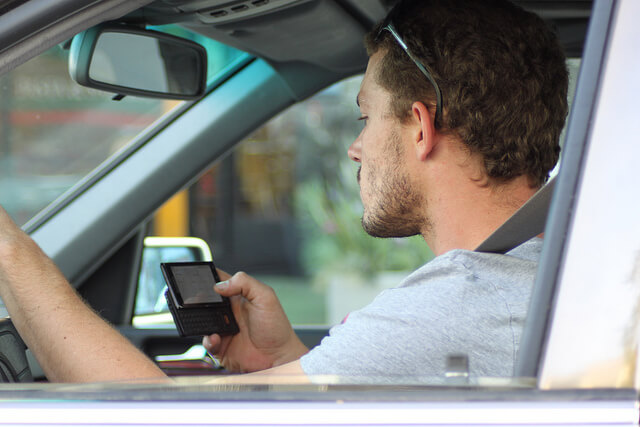 French drivers have the reputation as being aggressive drivers especially among foreigners and in a recent report, it’s been suggested it’s unlikely to improve, as drivers are reportedly less respectful of the rules of the road.

Axa Prevention insurance company published an annual study that concluded drivers in France are getting worse. The study interviewed hundreds of drivers across the country about their driving behavior and it was concluded there was deterioration in their respect for the rules of the road.

Further the report shows that more drivers admit to using their cell phones while driving, which includes texting as well as for using the phone’s GPS.

One of the most worrying statistics is the rise in the number of motorists who admit to getting behind the wheel after having a drink. Regardless if a large majority of people realize that driving after two drinks is dangerous, 28 percent of survey respondents admitted to doing it.

Typical drivers in France are more likely to stay behind the wheel for longer periods of time, which can be up to four or five hours without taking a break. Other stats showed that drivers were more likely to go through red lights and break the speed limit.

Although surprisingly the report shows that for anyone living in Paris indicated fewer drivers are resorting to the use of their horn.

While the exact nature for the deterioration in driving behavior is hard to pinpoint, it is speculated there may be an attitude towards crack downs by authorities, which ends up with more people going against what is mandated.

Also to blame is the problem of drivers using cell phones, which is results in drivers taking less caution.

In all road deaths rose by approximately five percent in 2014 compared to the previous year.

Paris Perfect, a vacation rental company located in the heart of Paris, provides a wide selection of carefully chosen luxury...