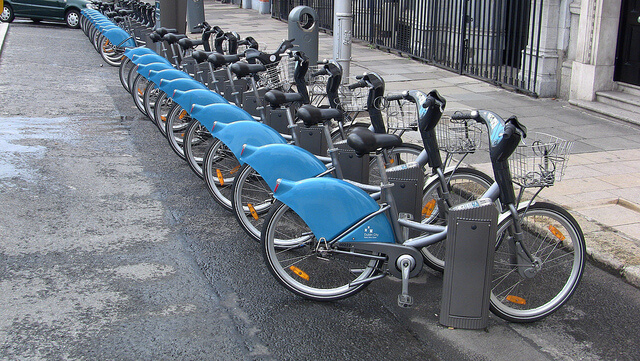 Paris has plans to double the number of biking lanes and provide a larger space of safe cycling routes by 2020. This plan is being commenced in an effort to help Parisians travel and bike across the city safely.

Adding more biking lanes, lower car speed, and adding more bike stands all have a positive effect. Paris officials want to encourage more people to travel across the city using a bike and therefore plan to triple the number of trips made on a bike from five percent to 15 percent over the next five years.

The new lanes will be organized around the large avenues that link the north and south in addition to the east and west of the city. Biking lanes will be separated from traffic lanes to ensure cyclists safety.

The proposal also would increase the number of two-way cycling lanes on smaller roads.

It is hoped that this plan will create a new form of tourism in Paris.

The €150-million plan objective is to develop France’s cycling culture by making it easier to use a bike to get around. Cycling classes and repair shops are part of the things Paris wants to encourage.

Paris is also looking at introducing electric bikes to encourage people to ride and give them the extra power for hills and when travelling further away.

Officials will vote on this proposal at their next council meeting.

Cheap Hotels in Central Paris
How to Get Around Paris Via Public Transportation
Paris in motion – Amazing timelaps videos
Iron Lady to dim lights for Earth Hour
Comments: 0

There are over a dozen hotels located near Disneyland Paris, providing lots of choices for families out for a fun,...