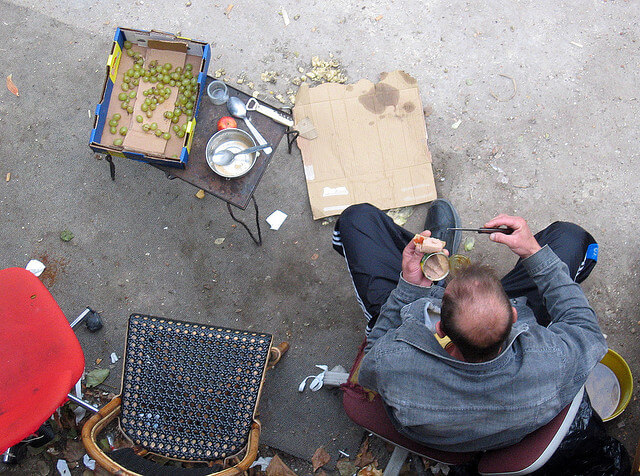 The steady flow of migrants to Calais has increased over the years and increased the number to as many as 2,500 inhabitants that have constructed a makeshift shanty town, known as the jungle.

The majority of the migrants come from Sudan, Eritrea, Afghanistan, Pakistan and Syria typically have no desire or intentions of staying in France and are more interested in looking for opportunities and asylum in the UK.

French authorities have taken action, stating the jungle and smaller sites would be bulldozed at the end of the month.

It’s nearly impossible to keep count the population that’s shifts constantly however it is estimated 1,300 have no choice but to leave.

Aid workers have stated the conditions at the new camp are far from acceptable.

The camp has little running water and no toilet facilities. Currently Doctors of the World, a non-profit organization has started to dig dry toilets to help with the situation.

It is hoped the move will assist local authorities to better control the fluctuating population by establishing one official camp.

Living in Paris can be a dream come true. Whether you’re accepting an exciting new job or choosing to study...