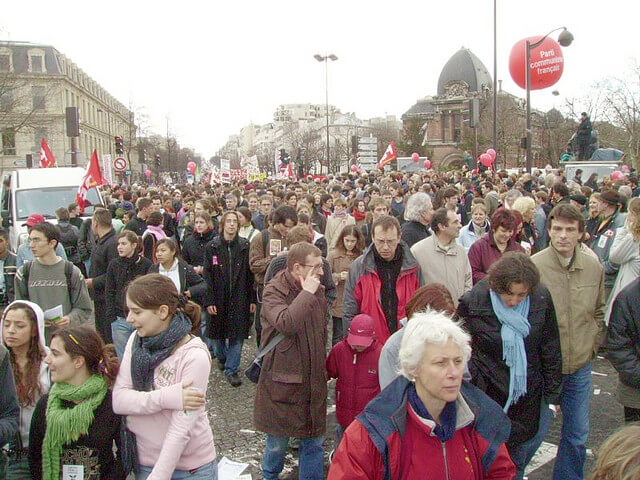 Thousands of French workers protested on the streets of cities across the country to denounce the austerity policies of the French government. Subsequently it even closed The Eiffel Tower was due to the strike.

Trade unions encouraged workers to join the protest in the name of protecting social services, public transport, and employment.

Thousands of protesters marched in Paris and thousands more rallied in cities across France.

A total of 70 demonstrations were held with an estimated 40,000 people protesting in other cities such as Bordeaux, Marseille, Rouen, Nantes, Lyon and Toulouse.

The protesters protested the freeze of salaries and pensions, the loss of purchasing power and the bill itself, which aims to deregulate the French economy and labor market. The aim of the law is to boost the country’s growth and activity by encouraging more competition between businesses.

The bill has been approved and adopted by the National Assembly and will move to be debated at the Senate.

A separate strike at Radio France has continued into its fourth week, prompting the Prime Minister Manuel to criticize as intolerable.

Additionally, air traffic controllers are on a two-day strike over working conditions, which forced airlines to cancel nearly half of scheduled flights last week.

For people living, working and vacationing in Paris, the metro is an indispensable source of affordable and efficient transport.  Consisting...