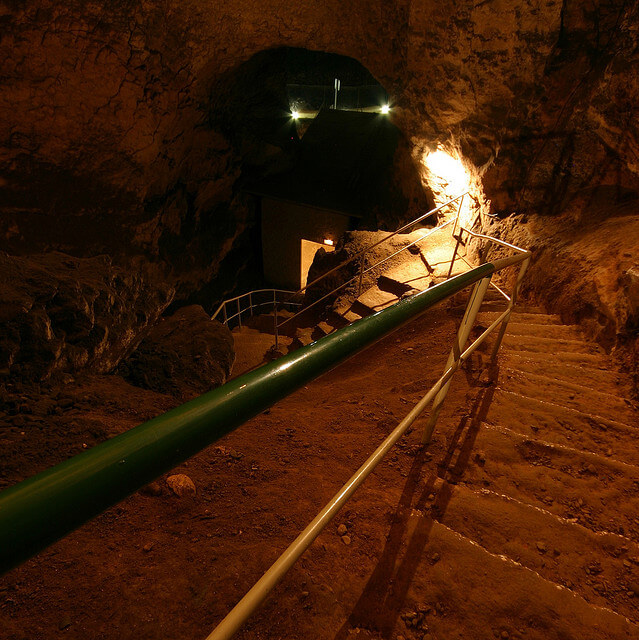 A replica of the 36,000 year-old Grotte Chauvet, housing the oldest figurative cave drawings in the world, officially opened by President François Hollande.

The grotto is located at Vallon-Pont d’Arc in the Ardeche region of southern France, and is a reproduction of the Grotte Chauvet, which was granted World Heritage status last year.

The replica cave took a team of scientists two and a half years to create, and will allow tourists to see the frescos of painted animals without damaging the original cave. The grotto stands one kilometer away from the original site.

The new grotto cost €55 million and visitors will be able to see more than a thousand drawings, including 425 animal sketches of 14 different species, which have been meticulously reproduced.

In addition, humidity, authentic smell and stalactites of the Grotte Chauvet have been recreated to make the site as authentic as possible.

Visitors will traverse down an extended ramp to the replica, and enter a darkened, cool and humid place that mirrors conditions in the grotto.

The drawings have been reproduced using charcoal, similar to those of France’s Aurignacian ancestors nearly 36,000 years ago. Engineers, sculptors, painters and visual artists were able to reproduce the paintings using modern techniques such as 3D imaging.

A team of 10 people in Paris worked nearly four years to reproduce stalagmites, stalactites and other formations for the replica.

It is estimated the replica will attract approximately 350,000 visitors a year.

The original Chauvet grotto was preserved for over 20,000 years due to fallen rocks, which blocked its entrance. The grotto was discovered in December 1994 by amateur potholers.

Thousands of French workers protested on the streets of cities across the country to denounce the austerity policies of the...