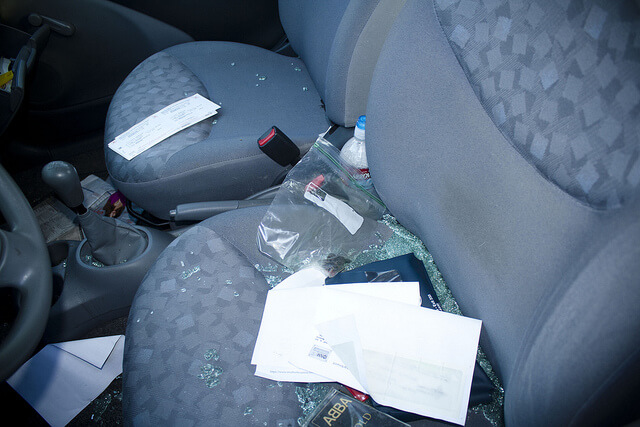 French police are hunting for a small group of robbers who snatched a handbag containing five million euros worth of Chanel jewels in a smash-and-grab on a highway between Paris and Charles De Gaulle airport.

A Taiwanese art collector was travelling in a taxi through a long tunnel notorious for robbery attacks on victims who are stuck in traffic. The robbers smashed the car window and snatched the art collector’s handbag.

It is unclear whether the perpetrators are petty crooks who knew in advance that the woman’s handbag would be filled with valuable jewelry.

Police are not ruling out any options as they investigate the theft of the gems which the woman said were to be presented at the Modern Art Museum in Paris. However the museum later denied they were to be given the jewels.

Police further stated the unique and numbered items will be difficult to sell without a specialized network.

The 0.8 mile long Landy tunnel is taken by most people arriving at Charles De Gaulle airport and heading into Paris and is the perfect spot for smash-and-grabs.

In February 2010, Christina Chernovetska, the daughter of the mayor of Kiev, was victim of a similar robbery when a bag containing jewels worth approximately 4.5 million euros was stolen from her.

Abdul Aziz Bin Fahd, a Saudi prince was also a victim to an armed raid on his convoy in Paris last August in which 250,000 euros and diplomatic papers were stolen.

Photo by Will Keightley

Must know French phrases for Tourists

Would you like to receive a warm welcome when you travel to France? It is rumored that the French can be...