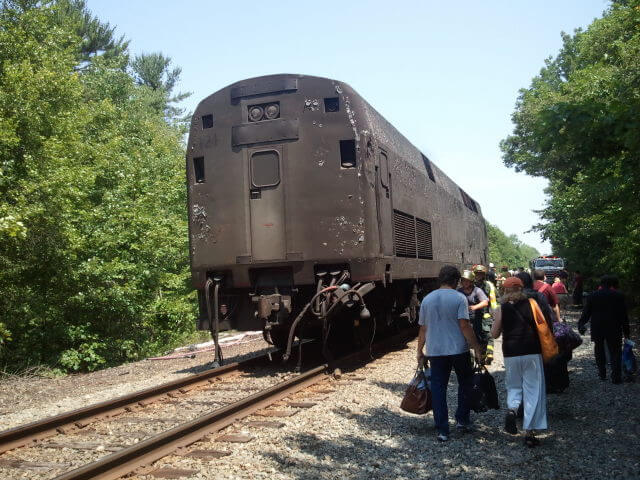 A passenger train hit a semi truck crossing in the town of Nangis which is to the south-east of Paris on Tuesday morning at approximately 8:45 am that left 30 people injured, including two seriously.

The train was carrying approximately 350 passengers that were commuting to Belfort from Paris, when it crashed into the truck that had stopped for unknown reasons near the crossing station.

The impact was so severe that five carriages of the train were derailed. The latest reports say that approximately 30 people were injured in the accident, with two of them seriously.

Fireman who were dispatched to the scene helped avoid what could have been a disaster by clearing commuters from the station’s platform.

Rail authorities stated all automatic signals were working correctly and an investigation would be carried out to determine the exact cause of the accident.

Government official Michel Billout stated that the catastrophe could have been much worse.

Many passengers shared images on social media about the crash, which show the train’s derailment and debris on a nearby platform.

Initial investigations said the incident was caused by the faulty track, which appears to have come loose.

Panic and confusion ensued at France's presidential palace last week, when a gunshot was reportedly fired on the ground floor....