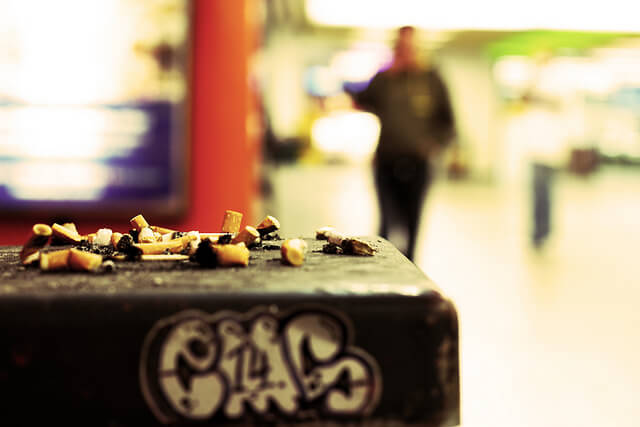 In an effort to make the city cleaner and greener, Paris officials have announced plans to increase the fine for tossing cigarette butts on the street with an increase in fines from €35 to €68. Each year there is approximately 350 tons of cigarette butts collected from Paris streets.

The problem has been made considerably worse since a smoking ban in public places was introduced back in 2008, which has forced many people to smoke outdoors.

The new plan that would nearly double the fine for those caught throwing used cigarettes on the streets and sidewalks will be implemented over the next few weeks but will not be officially enforced until September.

A reduced fine of €68 will also be given to those who do not clean up their dog’s mess.

Town Hall will roll out 30,000 new ashtray bins to encourage smokers to dispose of their cigarettes properly. Paris’s current green brigade of approximately100 staff will assist in enforcing the rules and is anticipated to be expanded throughout the year.

In a separate initiative, smokers who reside in the ninth arrondissement have been offered recycling bins for their cigarettes which has been set in place to empower a cleaner city. A US company called Terracycle, concluded it takes a cigarette 12 years to naturally degrade and that just one is enough to contaminate 500 liters of water.

A passenger train hit a semi truck crossing in the town of Nangis which is to the south-east of Paris...