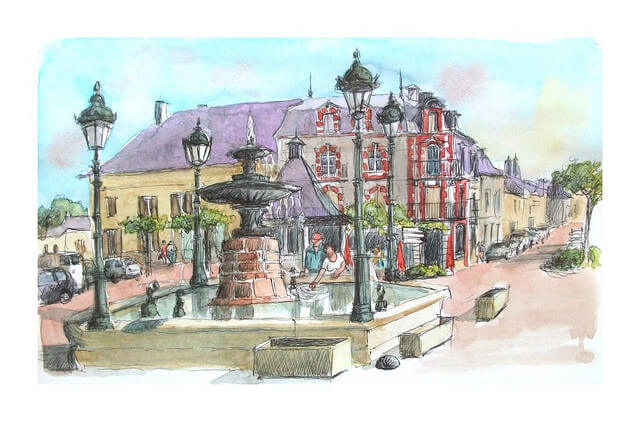 Good manners are of the utmost importance, especially in France. What you may consider to be good manners at home, may not be the same etiquette that Parisians expect. Formality is particularly important in Paris and the way you act, talk, dress, and greet others, matter. The French have some formal rules about manners and etiquette, and to avoid embarrassment we have created this guide.

By American standards, being polite and formal may seem uptight or prudish, but in Paris this is considered normal. Being proper, polite, and formal is the socially acceptable. Learning how to present this aspect of French etiquette is part of a successful Paris integration.

You will be accepted in social and business settings if you are able to present the traditional courtesies of French etiquette. Parisians are more adept to socializing within the same social custom/cultural background as theirs.

The French are people watchers, so you may want to get used to being looked at. Some find it rude, but they’ll look and even critique your accessories, shoes, clothing or even what you are reading.

Over excited visitors’, especially those with loud voices, may cause discrete Parisians to raise their eyebrows or give a disapproving sigh. While they are not being rude, they are expressing that they think you are being rude. Always be aware of your surroundings and lower your voice accordingly, especially when visiting churches, restaurants, museums, theaters, cinemas, and the métro.

It is customary and expected when entering and departing a shop, that you say hello and good-bye to the staff. A respectful and polite bonjour, and au revoir, merci are considered an honorable necessity for politeness.

When asking for directions and other assistance, be sure to state your request with a polite phrase such as excusez-moi.

When meeting for the first time, it’s customary and acceptable to shake hands. Traditionally the French like to kiss, more like air kisses with your cheeks touching lightly where you do not actually put your lips onto the person’s face.

When visiting a French home, do not assume nor expect to be invited into the kitchen or tour the home. The French have a unique definition and sense of personal space, and your host will escort you to the appropriate guest areas. Remember, if you’re invited to dinner; be certain to bring a gift, such as flowers, chocolates, wine, or champagne. Gift giving is a strong tradition in the French culture. If you give someone flowers, they should be given in odd numbers, but not 13 – as it is considered bad luck. Some of the older traditional French culture will refuse certain types of flowers that often represent or symbolize death or bad will. When giving a gift of wine, make sure it is of fine quality, this will gain you great respect.

Table manners are considered a definition of your character or upbringing. When dining out, the French fill wine glasses only until they are half full and it is considered bad manners to fill it to the top of the glass. They never serve themselves before serving the rest of the table and during a meal; proper manners include keeping both hands above the table, and your elbows off the table.

Formalities are displayed in how Parisians and their guests greet each another, how they dress, present themselves at the dinner table and speak to one another. The formality in these situations are a sign of respect for one another, and any negative reaction you might sense for not being formal or polite is likely because they will think you are disrespecting them. Remember that formalities are a part of everyday life and the French will not assume you don’t understand the French culture, and will presume that you are purposely being rude. Parisians have the stereotype of being unfriendly or often rude at times. Contrary to this stereotype, being polite is very important to French social customs.

Food is one of the greatest passions of Parisians that is highly refined and they careful preparation and attention to detail when preparing cuisine. Additionally family is considered the social adhesive of the country and each member of the family has certain assigned duties and responsibilities in the familial unit. Extended family provides not only emotional support but often extended financial support.

The French are considered private people and have a set of rules and behaviors that differ from others even within their social circles. Although the French are polite in their dealings, only those in their closet confidence are free to be themselves. Friendships in France also bring sets of rules and expectations including being available upon a moment’s notice if asked and friendship requires frequent, often daily contact.

The French maintain a certain style of personal space that differs from Americans. While Americans who visit a public space might easily strike up a conversation with a complete stranger, rarely will you see this happen in Paris. Additionally posture and stance can peg you as an outsider. French typically have a way in which they stand, exhibiting perfect posture. Interestingly enough though the French will use hand gestures, rarely do they point their fingers at others like Americans do. Therefore while seeking a ride from a taxi, who by the way, only pick up passengers from taxi stands do not attempt to flag one down with your hand like you might do if you were in New York. Additionally, if you snap your fingers at your server in a restaurant to gain the attention of your server, you will more than likely be the last to be served.

Before going to Paris it is best to brush up on rules of French etiquette before your visit, if you want your stay in Paris to be all it can be, therefore you need to learn how to endear yourself to Parisians.

Making a good first impression can go a long way while opening yourself up to positive experiences with the many types of people you will encounter in Paris. No doubt a positive interaction is far more pleasant than a negative one.

Over the French culture values and embraces formality. While some foreigners see this attention to detail as perhaps being snobbish, the French see this as a necessary part of daily life and consider it rude to not be formal. This is especially true in Paris however you will find the areas further in the south of France, the less formal the French people in these areas are. However, most Americans will have the opinion that the French culture substantially more formal than their own.

There are many more French social customs one can learn, however knowing the basics is a very good place to start. More than likely you will slip up and make a faux pas, however it is okay to offer a polite apology which shows a willingness to learn. In general, you will learn and notice that if you show yourself to be teachable, the French are very gracious culture.

By paying attention to just a few of these small details concerning Parisian etiquette, you will find you can easily integrate into the French way of life, whether you are planning to be there for a week, or a decade.

A group of French scientists cracked open what they think may be the oldest champagne in the world. Several 170-year-old...