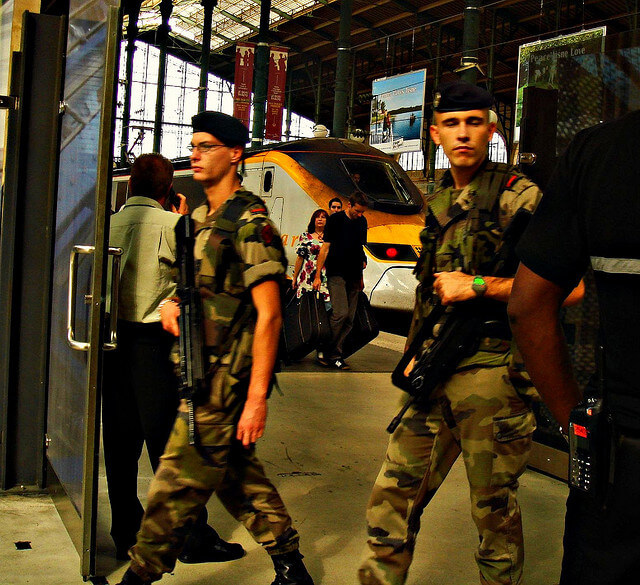 French President Hollande announced that a 7,000 member force would be dedicated to patrolling sensitive sites around the country on a permanent basis due to the aftermath of several Paris terror attacks. Additionally France intends to increase its defense budget by nearly €4billion over the next four years.

Military patrols will be patrolling sensitive sites throughout France that were assigned after the January attacks would be made permanent, and dedicated to internal security.

Hollande stated the decisions were taken to ensure France’s security but also the safety of military forces currently engaged in operations abroad.

In March counter-terrorism officials warned that the threat of a jihadist attack in France was at a level without precedent and new attacks were inevitable.

It has been suggested that the number of targets has exploded. There are approximately two to three thousand people identified or suspected of carrying out acts of. Terrorist groups warned that stationing thousands of soldiers at sensitive sites around the country would do little to prevent terror attacks.

Hollande’s announcement has come one year after it was announced that France’s plan to balance the books and reduce military forces by 2019 has changed along with the Minister of Defense’s announcement last October that they would be scrapping the artillery regiment which could mean the loss of 7,500 jobs, as the country battled a ballooning budget deficit.

How France compares in the global wine industry

No country is more connected with wine than France but there was both good and bad news for France in...