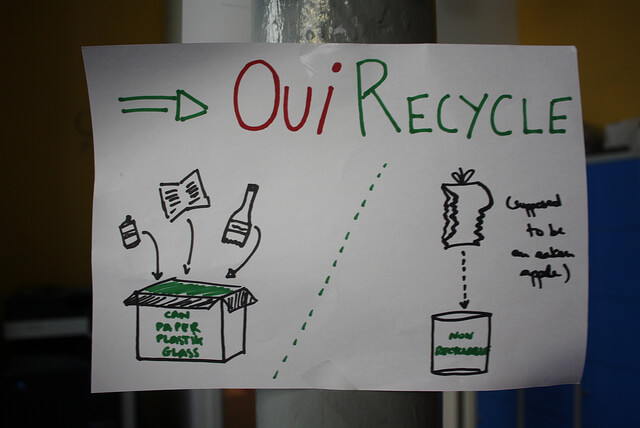 It has been estimated that less than one quarter of household waste in France is recycled which has described as disastrous and fair below that of other European countries.

Despite official movements and increased bills for household waste in France, the country still only recycles 23 percent of all the waste.

France also falls significantly short of the European objective that would have 50 percent of waste recycled by the year 2020 and 70 percent by 2030.

President of UFC stated the situation could not get any worse and citizens need to take action otherwise garbage will continue to increase in the environmental footprint but also in cost.

The UFC blames waste disposal companies, which they claim do not respect their objectives due to a lack of regulation and lax requirements.

In a report it was found that many people simply weren’t properly informed about recycling. Over half of participants interviewed in a survey confused the green dot symbol (which indicates that the manufacturer of the product contributes to the cost of recovery and recycling) with the recycling symbol.

Authorities are also calling for the creation of an independent administrative authority that would be tasked with overseeing waste disposal companies.

Exploring Paris off the beaten path

When travelers think of Paris, they first visualize the Eiffel Tower, the Louvre, or Notre Dame. But there is so...