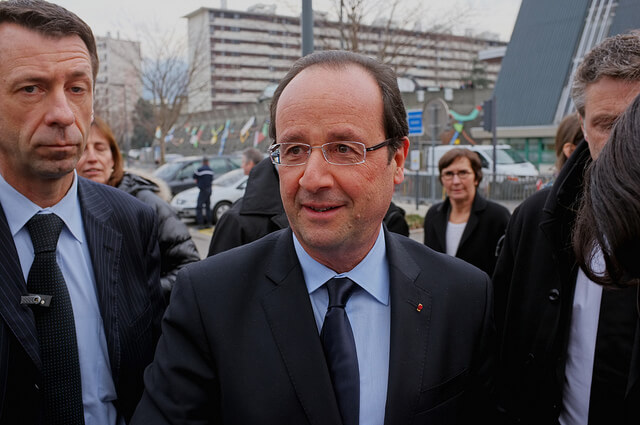 The approximatly 200-strong contingent of presidential guards say heavy machine guns are causing them pain and bullet proof vests that over produce sweat and causing skin rash are making their working conditions intolerable since the Paris terror attacks.

The 180 team of police who guard the official residence of France’s president, the Elysée Palace in Paris have had enough.

Officers have filed complaints about their working conditions and are threatening a possible strike action.

Officers have stated their gear is too heavy, shifts are too long and the sweaty flak jackets are causing an adverse affect on their skin.

With security being ramped up after the wake of the Paris terror attacks in January, there has been increased workloads for not only soldiers but police as well across the country with the majority being at the heart of Paris.

For those assigned to the Elysée, their duties required them to carry 15 kilogrammes of extra weight which includes a sub machine gun, an extra magazine, along with a heavier bullet proof vest.

Others stated the heavier vests do not allow their skin to breathe, and claim that sharing the vests among the team results in some guards’ faces erupting in sores.

France’s riot police stated they are fed up of standing guard all day and have began calling in sick in protest.

One police authority has spoken about the risks of the long shifts, stating in March that overworking could lead to complacency.

There are approximately11,500 soldiers and guards on hand across the country that guard over 800 sensitive sites.

Christmas 2017 in Paris would be an amazing vacation. The European capital Paris has its own grace with streets lined...