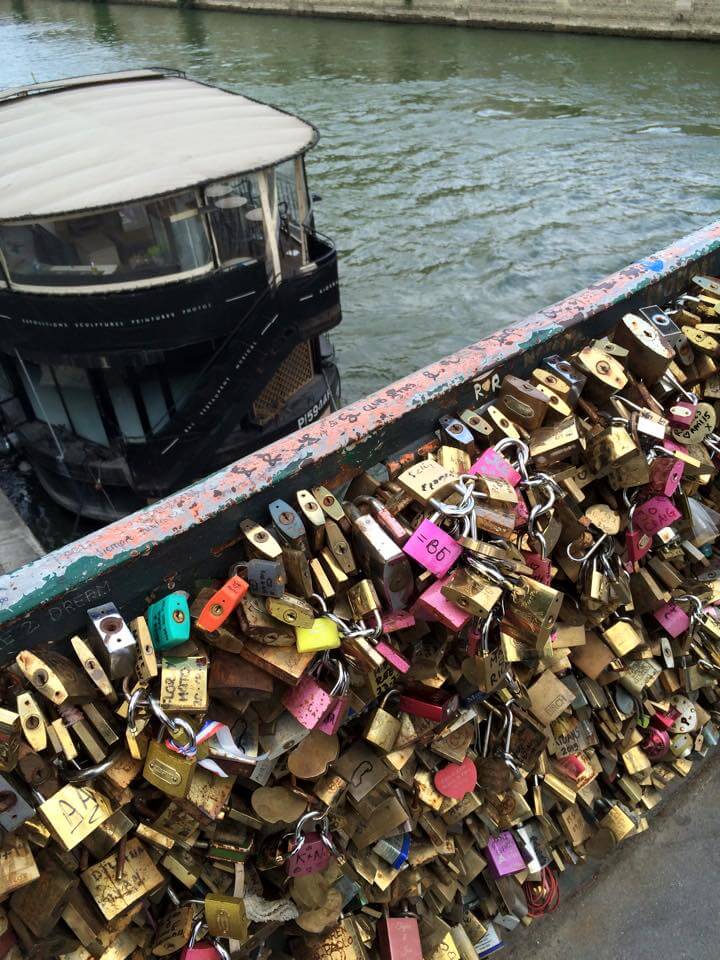 The Pont des Arts bridge that forms part of a world heritage site along the Seine River, was once consider the most romantic part of Paris however now it lies in despair.

In an effort to control the love locks craze damaged the metal railings, Paris authorities have placed wooden boards across the length of the bridge. The Pont des Arts is not the only bridge with issues; approximately 11 bridges surrounding the Seine have locks attached to them.

However the boards have just become an artistic notebook for graffiti artists making the bridge unattractive and not the tourist hotspot it used to be.

Paris officials have realized there was a problem when parts of the railings began collapsing under the weight of the metal locks. Mayor Hidalgo promised to tackle the problem but has not yet banned the use of locks.

A poster campaign began in 2014 to encourage love lock tourists to take selfies rather than lock their love to a bridge; however the campaign has been unsuccessful.

Concerns have been raised over the shabby nature of the wooden boards and Paris officials have tested glass panels which were accepted as a good idea in the short term and would look better even if they attracted graffiti artists.

Campaigners against love locks do not see why Paris authorities don’t use the law to crackdown love locks. It is speculated the only way to get this issue under control is for a ban and fining people who doing this. The worry for Paris is though that this might be unwelcoming for tourists that visit Paris in the millions each year.

It is Paris’ goal to put an end to the issue by the end of 2015 which might come with unpleasant fines if caught locking your love.

Celebrating New Year 2016 in the heart of France and it's capital city Paris, would be many people's choice of a memorable vacation....