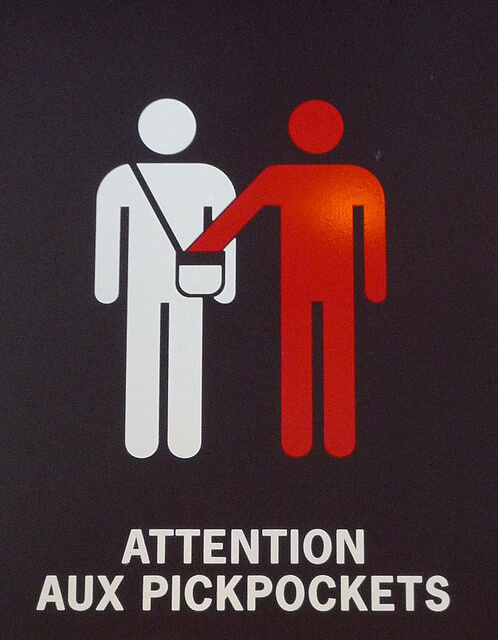 The Eiffel Tower was closed Friday morning, as workers protested over the rampage of pickpockets around the monument, who they say have threatened and attacked them.

Staff refused to open the doors at 9.30am on Friday. They said they wanted affirmation from management that something would be done to fix the problem of pickpockets loitering underneath tower, who are becoming more aggressive.

Employees said they were tired of the daily scourge of pickpocketers who were behind several threats and attacks. Further, they apologized to the members of the public who were already under the tower waiting to see spectacular views of Paris.

The pickpockets were described as a group comprised of 4 – 5 people. Employees have reported  being threatened while chasing away thieves.

The company that oversees the management of the Eiffel Tower said they regret that visitors already present are being punished.

Holding a strike in protest of aggressive pickpockets groups seemed to be a good plan, with pickpocket activity dropping 75 percent outside the Louvre museum in just a few months after workers staged a similar protest last year.

Paris, which saw approximately 22 million visitors in 2014, is one of the world’s top tourist destinations and a mecca for theft.

Asian tourists are particularly targeted due to a rise in wealthy travelers from countries such as China.

French Coast – Tide of the Century!
French union plans for rail strike
France to cut hospital jobs to save €3b
Honeymoon in Paris
Comments: 0

Six Metro stations you must visit

Tourists visiting Paris would typically not think to tour the Paris Metro, but there is an alternative underground sightseeing experience...