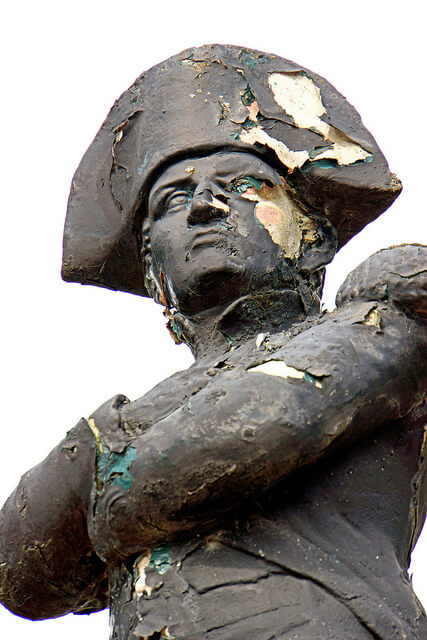 France was accused of sulking as it failed to nominate any high-ranking official to attend the commemoration for the 200-year anniversary of the Battle of Waterloo.

Some weeks after Paris rejected the crafting of a commemorative €2 coin to commemorate the anniversary of the battle, France has been accused of snubbing the bicentenary celebration of the battle that changed the course of European history.

Meanwhile, a member of the British Royal Family is anticipated to attend the event, along with dignitaries from other European nations, however no high-ranking member of the French government will be in attendance.

French expert say the rebuff is more to do with France’s complicated relationship towards Napoleon and President François Hollande’s own troubles than anything to do with them being sore losers.

The head of the Napoleon Institute believes France should take part in the event which is expected to see nearly 240,000 spectators attending a sound and light show in addition to a battle re-enactment featuring.

It has been suggested that President Hollande, being rather unpopular in the polls, does not want to be associated with defeat, even one that happened 200-years ago.

Comparisons have been made against Germany’s willingness to join in the last year’s 70th anniversary commemorations of the D-Day landings in Normandy.

Speculation is that the French don’t have the same regrets and feelings about Hitler. The end of the war meant the end of Nazism, which is why the Germans don’t have issues commemorating it.

Many will point to France’s attitude over the €2 commemorative coin that was blocked earlier this year because it would send out a negative image.

In a statement to the Council of Europe President Hollande said the project would be a symbol that is negative and would risk engendering unfavorable reactions.

Cheap hotels in Paris near the Eiffel Tower
Magician of Montmartre
Stolen Picasso from Paris Museum seized in New Yor...
France may lift ban on casinos in Paris
Comments: 0

In the 1960s, it seemed like a win-win idea to sink tires into the sea to create artificial reefs that...