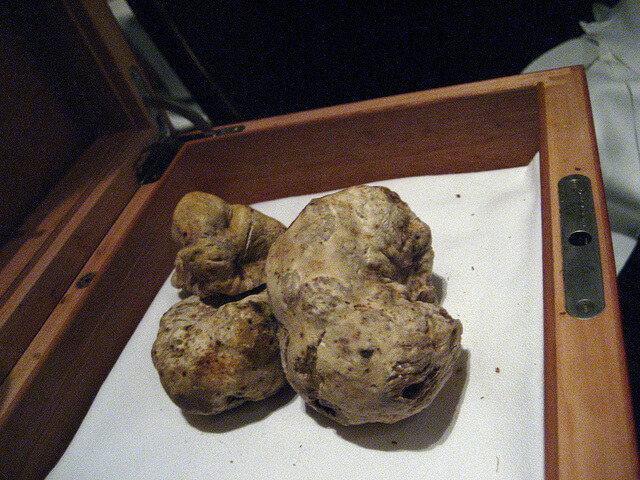 French farmer, Laurent Rambaud went on trial this week for killing a man he thought was stealing his truffles. The shooting took place during a period of truffle wars when French farmers were regularly threatened by armed thieves.

Rambaud was frustrated by the number of thefts in the region of Drome, and on a December night in 2010, headed out into his fields armed with a shotgun.

He encountered 43-year-old Ernest Pardo, who was known as a truffle hunter and had a history for theft, who was walking with his dog.

Thinking he was a thief and armed, Rambaud fired two shots at Pardo and killed him.

Currently the charge against Rambaud has been reduced from murder to manslaughter after a court ruled the killing was not premeditated however Rambaud still faces 30 years in prison if convicted this week.

Truffles which are a delicacy in France, are known as black diamonds with an estimated worth of approximately €1,000 ($1,100) per kilo.

In 2014 French truffle growers were up in arms over cheaper imports from China that they claimed were being doctored by unscrupulous chefs and passed off as the local variety.

Compared to the price of truffles in France, truffle variety from China and the Himalayan brings in approximately €30 a kilo.

French truffle cultivators are alleged at some eateries to spray scents and chemical additives on the Asian variety and pass them off as Perigord truffles to an unsuspecting clientele.

The immaculate stained glass windows at Sainte Chapelle in central Paris known as one of the Gothic wonders of medieval times...