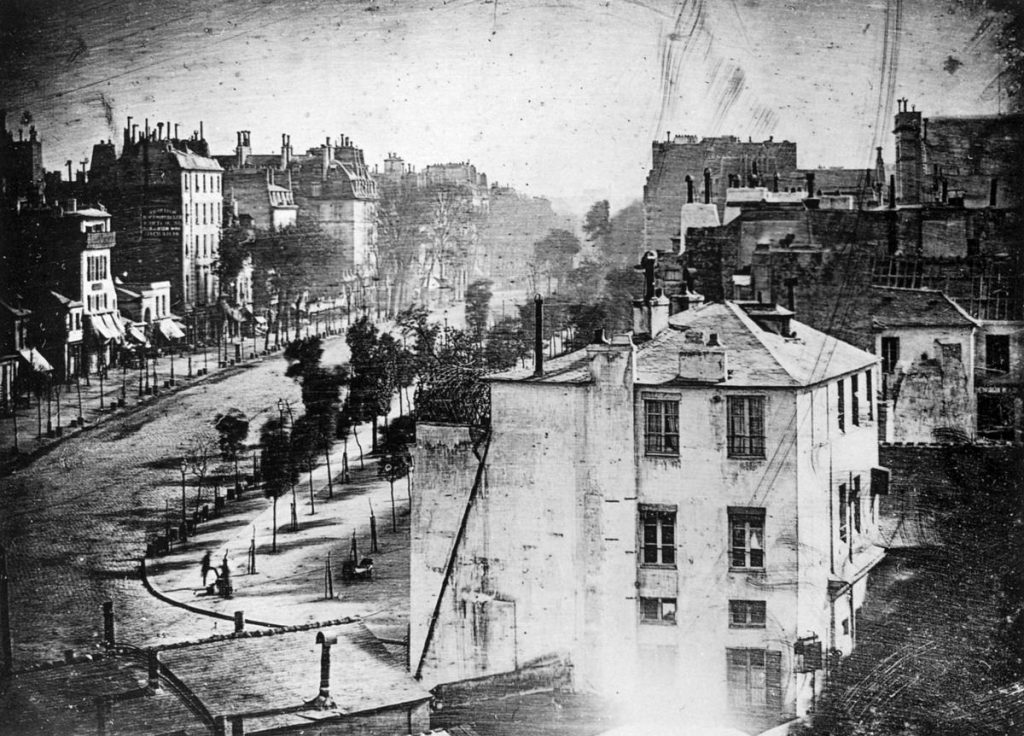 The first photograph of a person is made at Boulevard Du Temple in Paris, France by Louis Daguerrein, early 1839.

This is a photo of a busy street but because the exposure of the picture which was extremely long, about 10 minutes, city traffic and walking people were moving too much to appear.

The exception is the man at the bottem left of the picture, who stood still and getting his shoes polished. Only he was long enough to show on this photo.

Other early pictures from Paris…