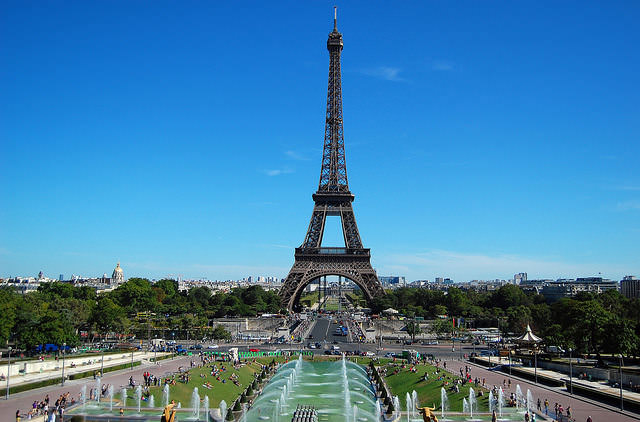 The Eiffel Tower in Paris is an iconic site and the picture of Paris as seen by millions of tourists every year. In 1889 Paris hosted an Exposition Universelle to mark the 100-year anniversary of the French Revolution. More than 100 artists submitted proposals for building a monument on the Champ-de-Mars, located in central Paris, so as to serve as exposition’s entrance . Eiffel et Compagnie, a consulting and construction firm owned by Alexandre-Gustave Eiffel won the contest. Although Eiffel receives full credit for the monument that bears his name, it was one of his employees, Maurice Koechlin, who came up with the concept. Today, the Eiffel Tower continues to serve an important role in television and radio broadcasts and is considered an architectural wonder and attracts more visitors than any other paid tourist attraction in the world.

Millions of visitors during and after the World’s Fair marveled at Paris’ architectural wonder. Not all were as enthusiastic and many Parisians feared it was structurally unsound and considered it an eyesore. Originally established as a temporary exhibit, the Eiffel Tower was almost torn down and scrapped in 1909. City officials opted to save it after recognizing its value as a radiotelegraph station.

The Eiffel Tower has been the site of numerous high-profile stunts, ceremonial events and even scientific experiments. In 1911, German physicist Theodor Wulf used an electrometer to detect higher levels of radiation at its top than at its base, observing the effects of what are now called cosmic rays. The Eiffel Tower has also inspired more than 30 replicas and similar structures in various cities around the world.

In 1986 the Eiffel Tower underwent a major facelift and it’s repainted every seven years. It attracts more visitors than any other paid monument in the world, with an estimated 7 million people annually. Nearly 500 employees are responsible for its daily operations, working in its restaurants, manning its elevators, ensuring security and directing eager visitors to the tower’s platforms to enjoy panoramic views of the City of Lights. Regardless of how hard its birth may have been, the Eiffel tower is now completely accepted by French citizens, and is internationally recognized as one of the symbols of Paris itself.

First level: 189 feet is the observatory from which to study the movements of the Eiffel Tower’s summit.

Second level: 379 feet is a Panorama of Paris.

The Eiffel Tower at night is one of the great sights of Paris that should not be missed. The gold lighting highlights the delicacy of the steel work the eye neglects to see in daylight.

What to do in Paris

What to do in Paris, one of the most beautiful cities on earth, one that is appreciated on a stroll...