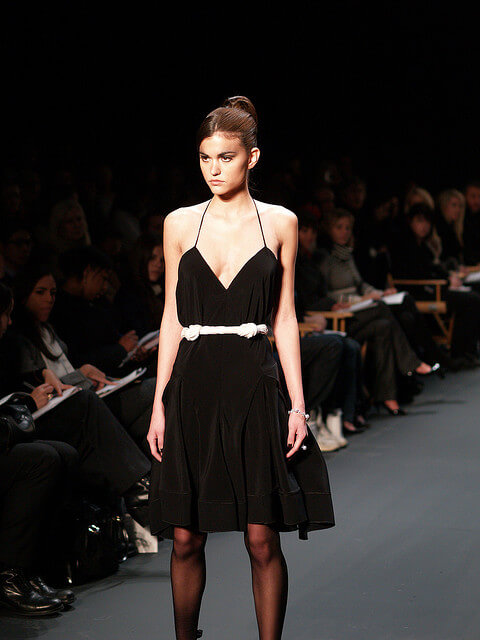 France could soon place a ban on skinny models after a MP, slammed the glorification of anorexia, and has since proposed a law for France’s new health bill that would see employers be subject to prison sentences if they employ underweight models.

Doctors are pushing for an addition to the new amendment announced recently by the Health Minister, which have already been sighted as controversial and prompted protest by doctors in the streets of Paris.

The addition to reform is calling for a ban on models with low BMI and additionally for a crackdown on anyone who is seen as glorifying anorexia.

Further wording has been added that models would need medical certificates showing their BMI, and employers hiring models with a too low BMI will risk fines of €75,000 and up to six months in prison.

Additionally the reform will push for a crackdown online by banning websites that encourage young girls to lose weight, and that some sites currently tell girls as young as 12 that it attractive to have a gap of at least 15 centimeters between their thighs.

In addition, other websites being targeted, which are also popular in the US, offer advice to young women on how to survive on as little food as possible and how to lose weight.

It is estimated that up to 40,000 people in France are suffering from anorexia, with nearly 90 percent of those being adolescents.

A band of French health professionals and doctors will take to the streets in Paris to protest against reforms that...