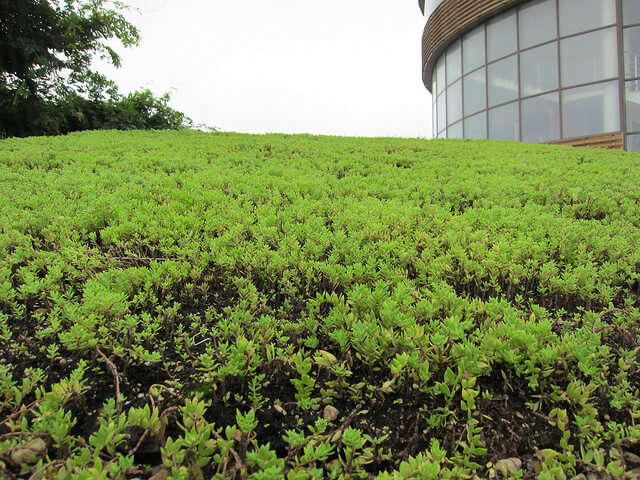 Under a new law recently passed, the rooftops on new structures built in commercial zones in Paris and many other cities in France are required to be partially covered in plants or solar panels.

Green roofs have an isolating effect, which helps to reduce the amount of resources needed to heat and cool the building during seasonal weather conditions.

In addition this style of construction will also help to retain rainwater, which would in turn help to reduce problems with runoff, while creating biodiversity and giving wild life like birds a place to nest in busy metropolitan areas.

The law approved by parliament limited the scope of the law to commercial buildings only at this time.

The law also makes it less onerous for businesses by requiring only a portion of roofs to be covered with plants, while giving them the choice of installing solar panels to generate electricity instead.

Green roofs are popular other countries such as Germany, Australia, and Canada.

Cheap hotels in Paris near the Eiffel Tower
French language may be required on all flights to ...
Paris to double biking lanes by 2020
Short term Paris apartment rentals
Comments: 0

If you are an avid book connoisseur or would enjoy a quiet place to read for relaxation, Paris offers a...