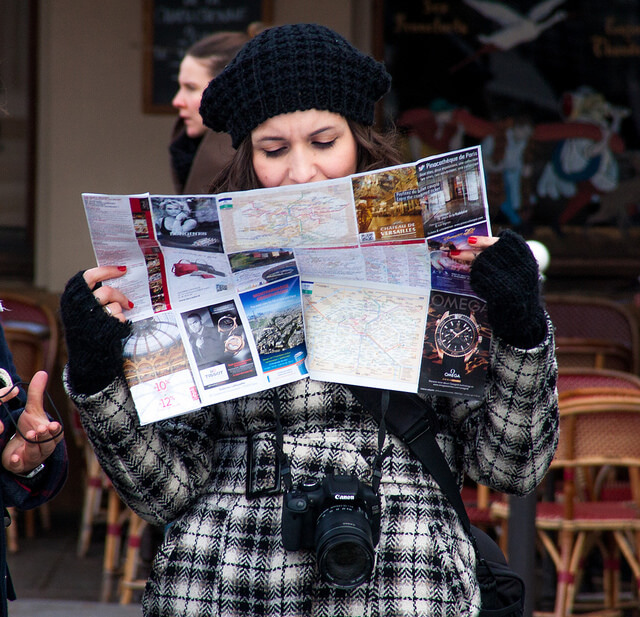 Paris is more than just the city of love, but those who have developed an intimate relationship with the city may tend to disagree. It is teeming with interesting places to visit, and the rich culture and history appeals to people of all ages. From those interested in visiting cemeteries around the world, to the Disneyland lover, it can never be said that there is nothing to do or see when visiting Paris. Tourist attractions range from museums to grand palaces constructed for royalty, so there’s something for everyone.

Pere Lachaise Cemetery, located in the 20th arrondissement, is of great historical significance. Aside from being Paris’ largest cemetery, it is known as Paris’ first garden cemetery, and is home to no less than three memorials from the First World War. Located on Boulevard de Ménilmontant, two metro stations are conveniently located near the Pere Lachaise Cemetery. While the rate of burials at this cemetery was significantly slow during its first few years open to the public, there are now over one million graves and tombs there, including that of author Oscar Wilde. This great author’s tomb is one of the many reasons thousands of tourists visit Pere Lachaise Cemetery each year.

The National Museum of Natural History is a popular tourist attraction in Paris and  cannot be left off of your itinerary. If you can’t visit all four of the museum’s locations in Paris, the original located at the Jardin des Plantes is the one to see. It houses a variety of exhibits, each with a separate entrance fee, but children are given free entrance. The exhibits include the Gallery of Paleontology and Comparative Anatomy and the Grand Gallery of Evolution. This is a great attraction in Paris for the whole family, where you’re sure to learn something new at every turn.

The next stop featured here is the Pont Alexandre III, a French historical monument. Considered to be one of the most elaborate, intricately designed bridges in all of Paris, Pont Alexandre III stretches across the River Seine, connecting the districts of Champs Elysees and the Eiffel Tower. On a walking tour of Paris, you will experience the splendor of the Pont Alexandre III, or you can take it on while on a boat tour of the Seine. This bridge is rich in historical significance, which is sure to entice the history buff. Built at the end of the 1800’s, this bridge follows the style of the Grand Palais which is located to one side of it. Those familiar with the Beaux-Arts style will recognize the winged horses, cherubs and Art Nouveau lamps.

The Grand Palais is another tourist attraction that is worth seeing at least once. An architectural historian’s dream, this building was originally intended to be home to the city’s greatest works of art. Built in the Beaux-Arts style later mirrored in building of the Pont Alexandre III bridge mentioned above, this monument proudly features building techniques and materials reminiscent of the era in which it was built. Artistic contributions in the form of allegorical statues by sculptors such as Alfred Boucher, Camille Lefevre and Paul Gasq can be seen on the exterior of the building, along with other notable forms of artistic expression. World War I saw this magnificent building being put to use as a military hospital, but its original destiny was still upheld, with local artists being commissioned to decorate the walls with vibrant art. Today, the Grand Palais is a notable favorite that houses a well kept secret. While you are browsing its halls, be sure to be on your best behavior. You never know when a police officer will wander out of the well hidden basement police station located in the basement. When there are many of the world’s most valuable works of art and history in one place, there is the need for adequate protection. The basement of the Grand Palais is home to one of the forces that provide that protection.

For many people visiting Paris, Disneyland is the last place they would consider visiting since the city is brimming with culture and history waiting to be experienced. However, if you are traveling with young children, or if you’re a child at heart yourself, you don’t want to miss out on Disneyland Paris. You’ll regret it if you don’t dedicate a day, or at least most of one, to checking out the most visited theme park in all of Europe. Founded in April 1992, Disneyland Paris is located east of the center of the city, in a fairly new town called Marne-la-Vallee. If you’re traveling with your entire family, it may be a good idea to stay at one of Disneyland Paris’ hotel resorts. There’s plenty to do with the entire family, as the resort provides plenty of shopping and entertainment opportunities. If you’re an avid golfer, you can take advantage of the resort’s golf course, while the younger ones are being thoroughly entertained by the rides and other attractions.

After your experience at Disneyland Paris, there’s no better place to continue the fun than at Parc Asterix. Based on the French comic Asterix, written by Albert Uderzo and Rene Goscinny, this park offers a multitude of activities for the entire family, and is sure to be a hit with the kids. The world famous comic, started in 1959, is especially popular in Europe, and it has been translated into more than 100 languages. You can relax with the family on the river rafting ride, or if that’s too tame for you, there’s always the OzIris, an inverted roller coaster not for the faint of heart. If you’re looking for a spookier experience, you can hop on the Transdemonium, a special effects laden train that will take you to the edge. The entire family will also love visiting one of Europe’s largest dolphin enclosures, which is also located at Parc Asterix. Another interesting high speed attraction at Parc Asterix is the Trace du Hourra, a roller coaster that goes up to 80 km/h.

Places of interest in Paris

There is no shortage of places of interest in Paris. Whether you’re visiting Paris for the weekend, spending seven days...